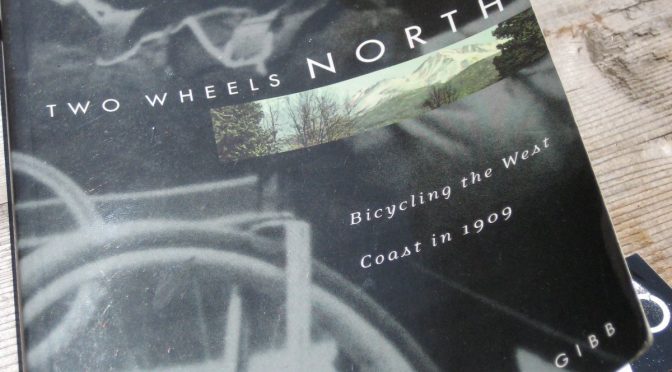 Do you ever find it hard to get motivated to ride your bike in the heat or over hilly terrain?

Get inspired, Read Two Wheels North with us

Find some inspiration in this true story that took place in the early years of the 20th century, before cars were the dominant form of transportation and before a quality network of paved roads had been established.

192 Pages.  You can easily read it in a few days.  Get a book and share with friends!

Come to Carnegie’s, have a pint and some dinner, and join in lively discussion.   We will bring other stories and photos of cycling in the 1800s and early 1900s.

How to get your copy

Call Shasta Living Streets at (530) 355-2230 or email at elizabeth@shastalivingstreets.org to get a copy!

In 1909, Vic McDaniel and Ray Francisco, just out of high school, set out from Santa Rosa, California, on second-hand bikes, bound for the great Alaska-Yukon-Pacific Exposition in Seattle. Traveling on dusty roads, roads of logs, of planks, even of corn stalks, and often no roads at all, they pedaled, pushed, and walked a thousand miles north for 54 days. With excitement in their hearts and a good luck billiken in their bedroll, they started out with only $5.65 between them.  Camp was wherever, whenever the sun was gone; food was an occasional meal from a kindly farm wife and what they could fish, hunt, or glean…

Evelyn Gibb, daughter of one of the cyclists, has drawn on her father’s recollections to tell this incredible adventure in his voice.